You’ll frequently hear music devotees and even craftsmen themselves grumble of a general absence of profundity in current business music. Whether that is something real is generally up for always developing discussion.

Notwithstanding, for those out there that partake in a rich and layered sound insight while paying attention to a traditionally prepared performer of complete virtuosity doing their thing, “I Dreamt We Fell in Love” by Kamen Ross is a phenomenal playlist add.

It’s a rigorously solo instrumental collection including the flexible craftsman working a piano like not many can. The more honed ears out there may likewise see specific minutes on this collection that stand apart undeniably less like an irritated thumb and more like the break of a bat on a homer ball. Is it workable for only 10 fingers to make such red hot snapshots of disobedient, practically fierce, enthusiasm?

For Ross, both the transition to Korea and the practically quick beginning of the pandemic after appearance made a need to go further and include in a real sense everything genuinely accessible to get the sound right. Making sense of further during a meeting recently, there are minutes on the collection where, “to make the runs and hit the keys” wanted, the craftsman is “in a real sense pummeling elbows and knees onto the piano.” to put it plainly, “My traditional foundation certainly comes through yet there’s a great deal of trial components to it too.”

The Berklee College of Music-prepared multi-instrumentalist has been associated with a few developing band projects throughout the long term, for example, the Boston-based craftsmanship aggregate Rogozo alongside Jeju-based musical gang Banana Moon all the more as of late. With a past that esteemed the cooperative experience over much else in music, it makes one wonder regarding the reason why the independent collection made its calling to Ross now.

“I generally would have liked to consume my time on earth investigating the world with companions through music,” Ross told The Korea Times. “Be that as it may, I thought I needed to do as such in a particular request. Stage 1: Find companions. Stage 2: Learn tunes together. Stage 3: Go investigate. I understood eventually that I had proactively done everything again and again, and I didn’t require an excellent arrangement to sparkle with a certain goal in mind.”

Albeit a rigorously instrumental collection with solo piano as the theme, “I Dreamt We Fell In Love” feels both profoundly private and exceptionally expressive. The fringe hyper however consistently in charge crescendos followed by lavish recurring patterns make for a realistic tune in, from which every audience can take quite a few things with them simultaneously.

In any case, there are strongly private minutes on this collection, through which one can find a certifiable association that isn’t simply emotive response to the luxurious and, might we venture to say, on occasion jostling sound experienced.

Take “Yellow Rose” for instance, which was devoted to a closest companion of Ross’ mom who died unexpectedly when Ross was very youthful. “I don’t recollect encountering misfortune prior to seeing my mom after she had gotten the news. To respect our companion, we established her number one bloom, a couple of yellow roses, in our nursery. We tended them cautiously for quite a long time, however they won’t ever bloom. Following three years, they at long last blossomed on her birthday.”

Different tunes on the record, similar to “Yell,” come from what the craftsman depicts as “a profound close to home state capable at sidestepping clarification.” Ross explained, “I like to believe that an undefeatable Spirit stows away inside us and possibly shows itself when we reach out to more noteworthy love.”

Furthermore, that is what’s really going on with this record, a more prominent love.

How does Ross stir this more prominent love in day to day existence, even here in Korea? Anything the area, it just occurs through Mother Nature.

“I haven’t generally lived with quick admittance to trees, and I move more troubled the more I’ve been away from the wild,” Ross noted. “The wild of Korea that I get to see consistently, particularly since moving to Jeju, stirs something lovely inside me that I never need to lose. At the point when I focus on stirring leaves, birdsong, fox prints, I feel that I am both at home and some place altogether new. At my generally roused, you can find me singing to the deer in the forest some place.”

Daniel J. Springer is the maker, maker, and host of “The Drop with Danno” on GFN situated in Gwangju, broadcasting daily from 8 p.m. to 10 p.m. He is giving a GIC Talk for Gwangju International Center on Oct. 16. 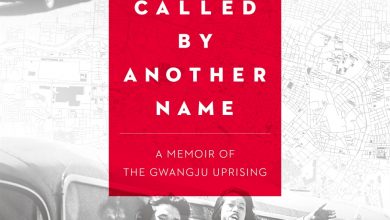